An Interview With Robert Austin about the MindLab machines

“This is the device I always dreamed of making” 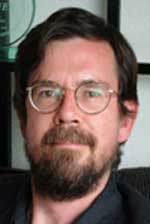 I’ve been designing light and sound devices for 15 years, and this time I really wanted to take light and sound to a new level. I did a lot of research and realised that colour was the next dimension. Red light promotes high beta for when you want an energy boost or want to improve your concentration. Green lights encourage more alpha to be produced: the relaxation and meditation zone. Amber lights have the greatest effect on the 13-15Hz range: ideal for peak performance.

There is certainly a clear body of research to show that red light arouses people and green light relaxes them: a clear effect on their physiology.

I’m very excited with what we’ve created with the MindLab Proteus. With the two-colour liteframes we’ve been able to fine-tune the effects of light and sound: after all there are 256 different combinations of colours with 16 levels of brightness for each of red and green.

The visual imagery is much richer, more colourful and more detailed compared to single-colour liteframes and constantly changing too. You can certainly get into some deep mind awake, body asleep states with this device.

We’re going to be running contests to develop the trippiest new sessions, with prizes for the best ones then you can download the winning entries and try them for yourself.

With the MindLab Proteus we’ve created a future-proof product as we can add new features to the operating system, and then you can download them from the Internet free of charge.

“What’s amazed me is that people are so wowed by the power of the MindLab Proteus that a number of them have been buying two or more units at a time for their friends. We’ve never had this before!”